Home » Blog » How Do Child Bicycle Accidents in Pennsylvania Occur?

How Do Child Bicycle Accidents in Pennsylvania Occur? 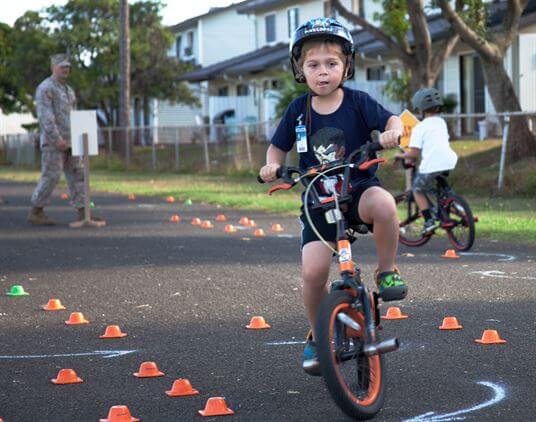 Understanding the Causes of Fatal Child Bicycle Accidents in Pennsylvania

Most of the time, a child bicycle accident is the result of a negligent driver who did not exercise the necessary duty of care to drive carefully next to the child. In these cases, the driver’s liability will depend on if he or she was negligent and if the driver’s negligence actually caused the accident. Many times, this negligence is attributed to a hit-and-run accident, where the driver will hit the child bicyclist and flee from the scene.

Drivers should exercise a reasonable increase in care if they are expected to have known that children would be near them. If a driver sees children or drives through a neighborhood with children or a school zone, he or she should not be speeding or driving distracted. Specifically, these “increased care” areas include schools, parks, streets with school bus stops, residential neighborhoods, trailer parks and any other areas where someone could expect children to be present.

As drivers are held to a high standard when children are present, children riding on bicycles are often held to a lower standard. In Pennsylvania, due to a parent-child relationship, many legal claims involving an accident with injuries actually belong to the child’s parents. However, when it comes to negligence, most jurisdictions follow the “tender years” doctrine, which states that very young children are not capable of being negligent because they cannot exercise for their own safety or that of others.

Should I Speak with a Personal Injury Attorney After a Child Bicycle Accident?